Act One by Laura Lucas 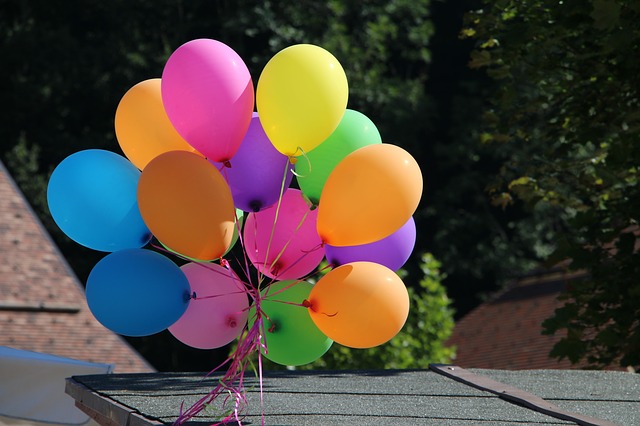 There is a mystical association, dating back at least to the Dark Ages of the 1950s, with a girl's sixteenth birthday. It is the gateway to womanhood, the scenic view that the long, dull car ride with no air conditioning or radio of puberty is meant to reach. And my mother, who lacked an interest in just about every other thing I did, subscribed enough to this myth that she actually consented to my having a party in our backyard, inviting my friends, and having a big celebration. To understand the import of this, you need to know that my mother never let me have more than one friend over at a time, never let me have a male friend over AT ALL, and, if I dared to suggest such things as a possibility, declared that she was not interested in being responsible for anyone else's children because her own were enough. So this party was like a dream for me.

Our backyard wasn’t huge, but it managed to give us everything we needed. On the right side, three tall lilacs gave the neighbors’ windows some shielding and gave our vegetable garden a little shade. At the very back of the yard was a weatherbeaten swing set that had been there when we moved in. My mother had tried to get rid of it, only it had rusted together so effectively there was no separating the pieces. Close to the house was a flat expanse of grass, bordered by our driveway on the left. The garage sat at the end of the driveway just beside the swing set, with our clothesline running from the house to one side of the garage door like the ropes people use to find their way in blizzards. We invited thirty-five people, and only a third of those actually came, but that lucky third got a day to remember. We didn’t have a lot of decorations -- just a table for the food and drinks and cake, music drifting out the kitchen windows, and the summer sun reminding us to wring the last and best out of summer before school could begin again.

I won't tell you the whole story of that day. There were plenty of notable moments -- four boys running around festooned with clothespins from our line (including one shirtless boy wearing them on both nipples), my best friend setting her hair on fire when she leaned over to light the candles on the cake, and the hired limo parked across the street that was waiting to take my neighbors to a high-class function, but was besieged by teenagers asking for Grey Poupon. Suffice it to say that not only was the party a roaring success, it was one of those rare days where it really starts to seem as if you are in a book and real life is all some toothless fiction that you have fortuitously escaped.

What I will tell you about is this: there was a boy. Just a boy like all boys of the world -- a little warm, with a shy smile, sometimes outgoing and sometimes reserved, volleying wildly back and forth between saying really intelligent things and making farting noises with his armpit. A boy that I liked, could make me laugh, had long flirtatious eyelashes, he bore a startling resemblance to Cary Elwes in The Princess Bride. I should mention that he was my first official boyfriend. Two years earlier, we had “dated,” which at fourteen consisted of giggling on the phone every night for two weeks and then deciding it really was no good because we attended different schools, and parted as friends, never hanging out because, well, we went to different schools, and neither of us drove or could get our parents to do so. Anyhow, we had common friends and thus had stayed in touch somewhat, and he came to the party. Nothing was planned, but it all just fell into place, as if the All-Seeing Screenwriter had suddenly promoted me from Girl in Box to the lead, without giving notice to anyone.

The boy came to the party, and I was drunk on happiness, swirling with the excitement of the day, enjoying all the drama and fun. Life was suddenly giddy, and it showed in my face; you can see it in the pictures. He came, he flicked those eyelashes at me, and we were off to the races, flirting in that way that only two people with exactly the same amount of experience in flirting can. He would make a witty comment as I unwrapped a present; or I would lift my head as someone shouted across the yard, and then whisper a double entendre aside to him and watch his smile break out. Every so often, he would sidle up next to me and tickle my side. My ticklishness was legendary because a determined tickler would be rewarded with seeing me laugh so hard that my entire face turned pink, unable to catch my breath. His hands, however, were kinder, slipping away after a few gasping laughs from me. The afternoon wound down into evening; the party dwindled as one by one revelers were plucked loose by parents and returned to the outside. But the boy had driven himself (old enough now for car and license) and he stayed, helping to pick up in the yard and carry dropped napkins and cake frosted with singed hair to the trash bin, along with me and one or two remaining guests. I stepped into the house with an armload of plastic cups, and came out again to find only a single guest remaining in the supple night. Just a boy.

He’d parked his car on the driveway just in front of the kitchen door, and we leaned against it rather than sitting on the steps, which were splintery and peeling. “So, good birthday?” he asked, and, smelling the scent of hair and fire hanging in the night air, I said, “Well, memorable at least. Though I don’t know if my mom will ever let me do this again.”

He laughed. “But it was great! And nobody really got hurt.”

“I doubt the clothespins will ever be the same,” I replied, and we both giggled uncontrollably. We just kept on going, laughing about one thing and another, making jokes and quoting funny movies and reliving the party highlights. Inside, my mother washed up, went to bed, and turned off the lights, draping the house in a silent sheet. It was an ideal August night, clear, not too warm or cold, no reason not to linger and chat for another five minutes, another ten.

We kept trying to say good-bye, and then finding reasons to keep on talking, roaming from subject to subject. "I really should go," he said, and I put my arms around him in a goodbye hug and squeezed, feeling the warmth rolling off him like the mist beginning to drift through the backyard. "Good night," I said, and laughed at something I didn't quite understand, and stepped back from the car, which was covered in a fine layer of cool dew. But then he laughed and hugged me back again, closer this time, and kissed my cheek. "Happy Birthday," he said. I laughed that laugh again. "You're sweet," I said, and kissed his cheek, still feeling the burn from his kiss, smelling the soft clean scent of his hair. "No, you are," he said, only this time it was more of a murmur into the side of my neck, just underneath my jaw, where his face had tilted in so I could reach his cheek. And then he pressed his lips to my neck. They were warmer, almost hot. I turned my head just a little, sliding my hand up his back, and kissed the very corner of his mouth, a soft dip of curves that made me feel lightheaded, and then he brought his burning lips to mine.

It was like drowning in fire. He tasted like the air in the room after a hot shower, like too many thoughts, like possibility. What is the flavor of a boy’s lips? I can only call it fine, something too subtle to name and too intense to ignore. I couldn't believe how strongly I wanted to pull more of him into that kiss, grasp tighter with my arms and draw in with my lips and somehow cancel the possibility of ever being parted, just so I might have enough time to savor this unfathomable pleasure. He might have felt the same way, because we couldn't seem to stop ourselves. After that I remember tumbled pieces: his hair clinging to my fingers like cornsilk; the next-door neighbor’s German Shepherd suddenly barking and startling me into bumping my elbow against the car’s side mirror; his fingers stroking the sides of my waist, slowly, slowly, not trying to tickle any more; the street so quiet, with no one passing. I also remember what I don’t remember. I can’t say whether there was a moon. I don’t know if my mother fell asleep wondering why I hadn’t come in yet. I can’t remember not knowing the warmth of his fingers touching my face, leaving a track that felt almost visible.

When he did back out of our driveway, over an hour and a half later, it was long after a number of passionate goodbyes. We didn't do anything but kiss, but that was enough. It was so much, in fact, that I tried to go to bed and found that I could not sleep, could not even get my eyes to stay closed, because they were too full of stars, looking at the bumpy plaster ceiling above my bed and reliving every moment. Finally I gave up, got out of bed, and went for a walk down the street, incapable of doing anything except thinking about that boy's kiss. I didn't even realize what time it was.

That was the first time I ever saw the sun rise.


Laura Lucas is a poet, fiction writer and essayist of Polish and African-American descent. She grew up in New York’s Hudson Valley and currently resides in Seattle, Washington. Her writing has appeared in Poplorish, Falling Star Magazine, Line Zero, Imaginaire, and Dead Housekeeping, among others.

Pressed quietly between infrequently worn jeans and the wall of my bedroom closet was a garment bag. It had been there for exactly two years, seven months, and 12 days, but who’s counting? I extracted it from the closet and pulled the plastic up around the hanger and looked at the dress. It was familiar, yet foreign in the same way that the freckles on my back are foreign.

Sliding it from the hanger, fabric splashed onto my bed in a puddle. Bits of material folded erratically like white caps blowing across the bay on a windy afternoon. Which seemed appropriate. The dress is a storm... 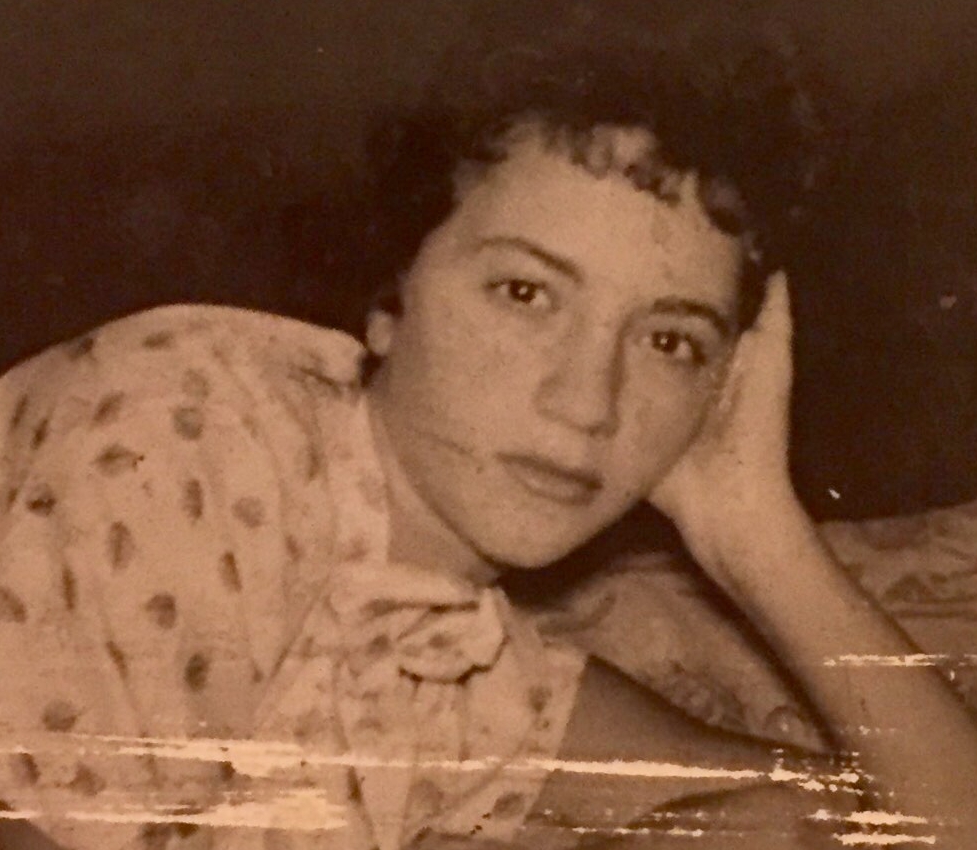 After being stood up on my first real date, I didn’t think much about boys until Terry, the fast girl in our clique, announced her brother... 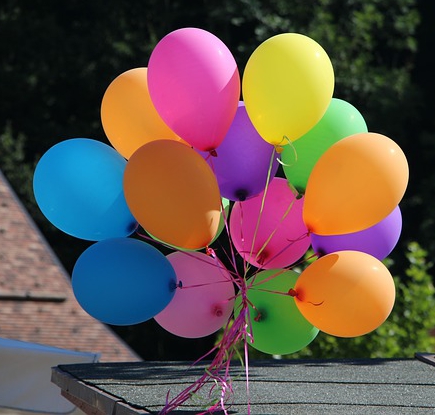 There is a mystical association, dating back at least to the Dark Ages of the 1950s, with a girl’s sixteenth birthday. It is the gateway...

I am reading on my front porch, relaxing when I get her text: “You broke my chair.” Instantly, my stomach knots, my hands quiver... 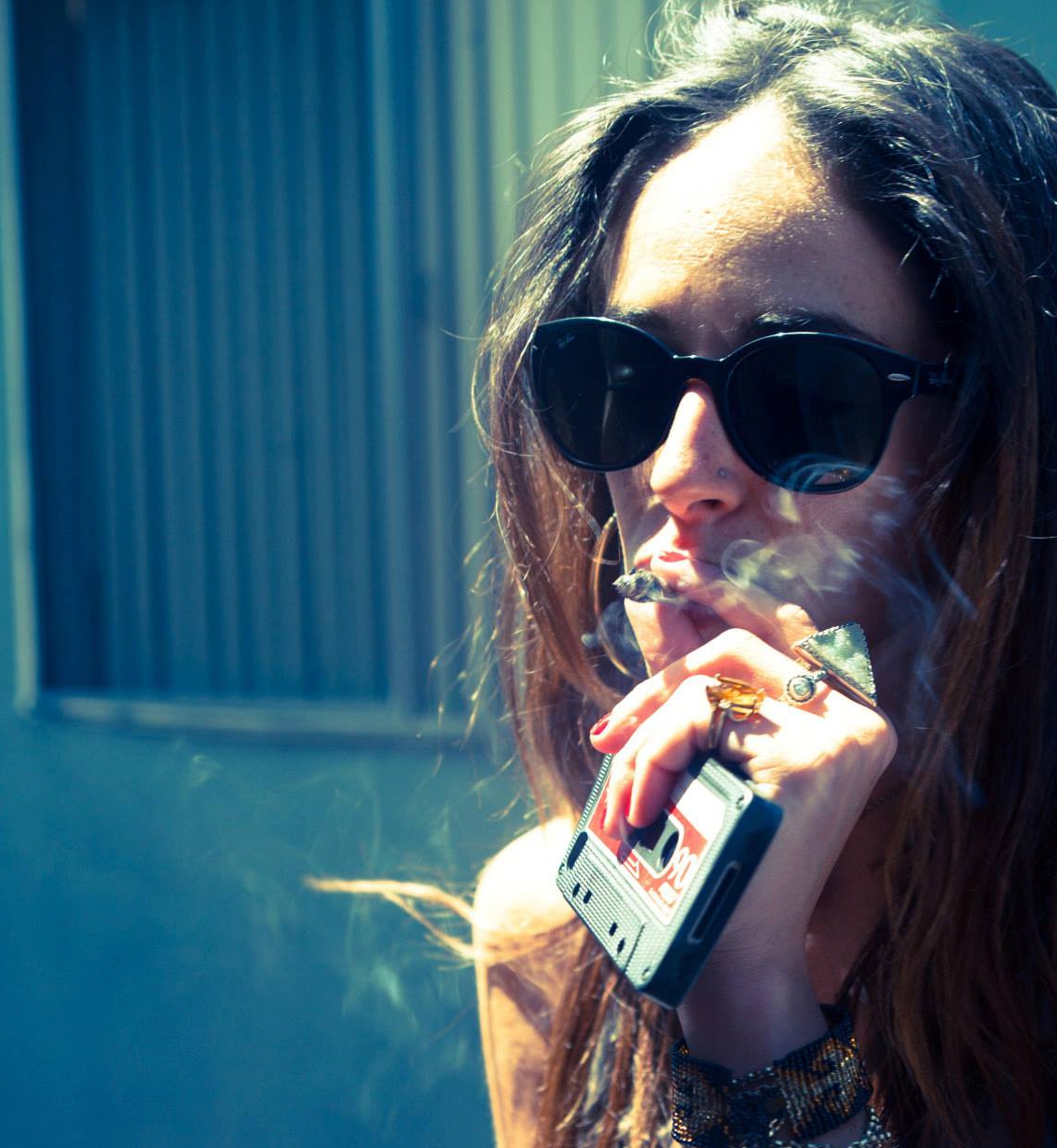 I woke up thirsty. My tongue felt like someone had wrapped it with a sock. I stretched off the candy apple red pull-out sofa with only... 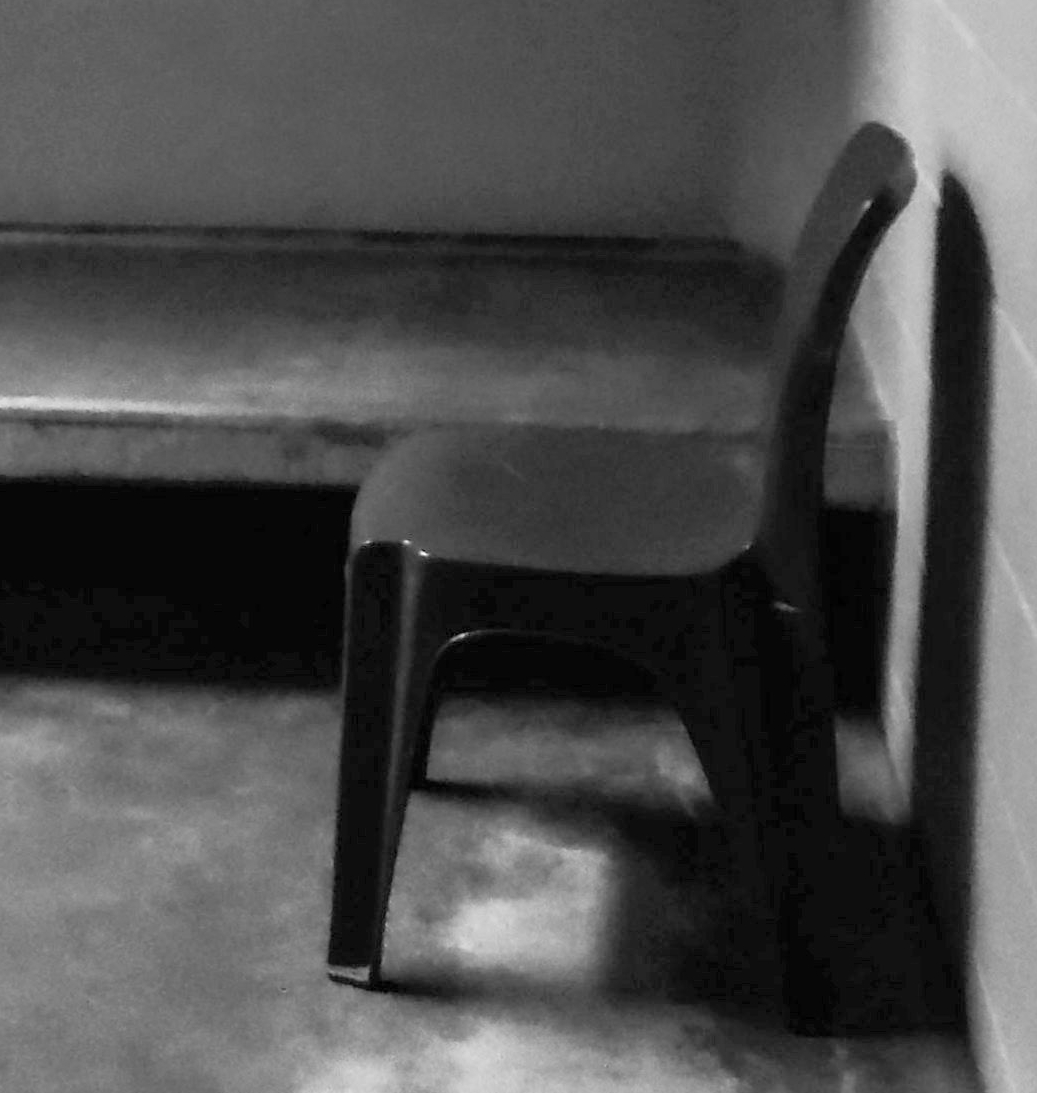 It’s a random Tuesday, and I’m working swing shift at the county jail. My radio squawks. I tilt my head to my shoulder to hear the traffic... 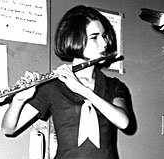 My only companion was a large, ancient furnace resembling a grotesque, sooty snowman. Each day when it was time to...