Dining With My Father’s Ashes by Sigrid Erro 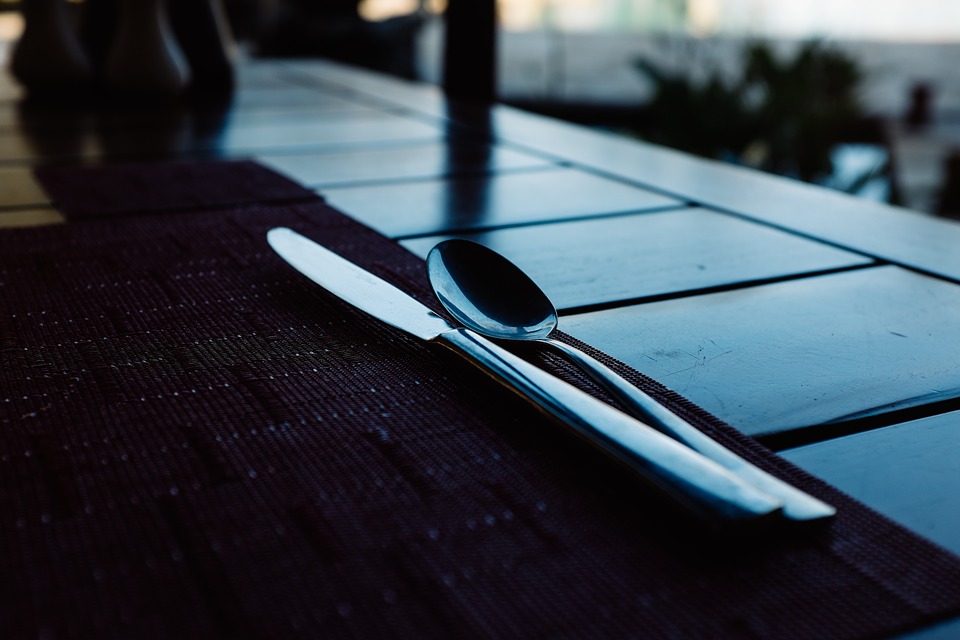 “Here’s Dad,” my sister announced, placing my father’s ashes on the kitchen table. I opened the velvet bag to see the urn, made of plain white ceramic. I stared at it, startled by the smallness. My father’s entire body – all 280 pounds – was in there.

Two days earlier my mother had called to say my father was in the hospital unconscious. He had fallen and hit his head when he leaned over to pet the cat. An x-ray revealed an enormous hematoma pressing on his brain stem. He would not survive without a ventilator. During his years as a doctor, my father saw countless families keep a loved one alive on a ventilator with no hope of recovery. He told my mother to never, ever do that to him.

When I called the emergency room, two hours later, and she told me he’d died, I said, “Don’t let them cremate him before I get home.” I thought, but did not say out loud, I want to be certain he’s dead.

My childhood friend, Karen, picked me up at the local airport the next day and drove me directly to the mortuary, where I’d never been. “It’s over there.” She pointed to one of several whitewashed buildings. I barely noticed the surrounding palm trees as I hurried ahead, repeating to myself, “At last, at last.” I entered the building and found myself in an office with several secretaries. What did they all do? I had no idea bodies created so much paperwork.

Finally, a stocky woman chuckled from behind the coffee machine, “Honey, you’re in a mortgage office. Mortuary’s upstairs.”

I climbed the tiled steps and found Mr. Crenshaw waiting for me in a black suit and tie. He had been a member of the church I attended as a child. In sixth-grade Sunday School we had a series of speakers from the congregation talk to us about their careers. He spoke about being a mortician, excluding the graphic details we’d been hoping for. During Reverend Thompson’s rambling sermons I would stare at Mr. Crenshaw, imagining all the dead people he’d seen.

“Well, hello Sigrid.” He offered his hand. “We’ve got your father in the visitation area. This way, please.” He led me into a large room with pews – a chapel, I realized – but where the altar should have been lay my father on a stretcher, wrapped in a white sheet. Mr. Crenshaw ushered me to the body and pulled the sheet down from my father’s face. There he was, same as ever.

“Now, you can see how we banged his head a bit when we moved him; that’s what caused these black and blue marks here.” He twisted my father’s neck back and forth as though he were inspecting a cantaloupe for bad spots.

“Take your time,” he said. “I’ll be in the office when you’re done.” He patted me on the back and left.

I inched closer and touched my father’s face to see if it was cold. It was.

He was swathed snugly, ice packs poking out from under the sheet by his neck, dozens more bulging under the fabric. He reminded me of a newborn, bound up like a burrito. Babies are said to like it that way – the confinement reminding them of the womb. My father, on the other hand, hated to be restrained.

I had an uneasy feeling he was going to open his eyes, sit up, and start yelling, demanding to know why I was touching his forehead, what the hell were all these ice packs doing here, and couldn’t I give him a ride home, goddammit.

For years I had hoped and waited for this moment – the opportunity to voice my rage directly to his face, albeit stiff and purple. But I couldn’t. The carefully rehearsed words, the fury and blame, weren’t there. I felt only a deep sadness and, to my surprise, could only say, “I’m sorry.”

“I’m sorry for whatever caused you to do such things. I’m sorry it was impossible to love you, though you longed for me to. I’m sorry I feel nothing but relief to see you dead.”

I wanted to take a small part of my father with me in case I had more to say to him later. I returned to Mr. Crenshaw’s office where he greeted me with a deferential smile.

“Excuse me, but do you have a pair of scissors I could borrow?”

“Oh, certainly.” He reached into his desk, as though this were an ordinary request, and handed me a pair. I returned to the chapel and snipped off my father’s gray bangs, placing them in the envelope I’d brought for this purpose. I returned the scissors to Mr. Crenshaw, thanking him a tad too cheerfully, and made my way past the mortgage office to the parking lot where Karen was waiting in her red pick-up.

The urn appeared in several spots throughout the week. For a while it rested on the kitchen floor between the compost bucket and my mother’s gardening shoes. Briefly, it sat on the mantel, almost lost among the sympathy cards. Later, it materialized on the coffee table beside our books about the Spanish Basque country. Eventually, it landed on the kitchen table again, between the wind-up turtle, the watermelon napkin holder, and some tiny, rotten cherry tomatoes from the garden.

Lunchtime, the day before the funeral, I found myself alone with the ashes. I searched through multitudes of fruit plates, roasted chickens, finger sandwiches, and brownies that many kind people had brought. I chose a turkey cream cheese roll and sat at the kitchen table in the seat I had occupied as a child. It was just to the right of my father’s chair.

I raised the roll, poised for my first happy bite, and eyed the urn sitting behind the napkin holder as though it were trying not to be noticed. And I had to do it. I lifted the urn and set it down at the head of the table.

It had been years since we dined together, just the two of us. I closed my eyes and took some deep breaths, luxuriating in my father’s absent presence. His intrusive hip bones, his heavy sternum – now dust. I settled down with my turkey cream cheese roll feeling a serenity I’d never known.

I remembered other meals: the dread of sitting next to him, my disgust at the sound of his chewing, his stubby fingers, the ominous set of his jaw. I remembered his nightly commentary; the gory details of accident victims he’d treated in the emergency room, his insistence we admit something we’d done wrong that day; and his never-ending refrain, “Someday you’re going to say to yourself, ‘My dad was right about things. I wish I’d listened to my dad.’ Someday you’ll think, ‘My father really knew what he was talking about.’”

That day never came. But finally, this one had.

The morning of the funeral I asked my mother, “Shouldn’t we put the ashes in the car now? I’m afraid we’ll forget them.” I imagined the minister asking for my father’s ashes, ready to commit him to the earth, my siblings and I whispering, “Did you bring him?” “No, I thought you did.” “But I thought you did,” my father causing disharmony among us, even as inert powder.

Without hesitation my mother replied, “Good idea,” and carried the urn to the trunk of her sedan.

During the graveside service I sat with the familiar imprint of my father’s rib cage pressing rhythmically down on mine, his putrid breath dampening my face.

My mother sang the twenty-third Psalm while my sister played the guitar; a fellow physician spoke of my father’s competence, his generosity; a friend spoke of his intelligence, his wit. My brother wept as I offered him Kleenex and held his hand. My sister and the minister knelt on the grass, placing the urn into a small, concrete box, along with The Wall Street Journal, so Dad could be eternally close to the stock market section.

Finally it was time for the family, one by one, to drop a handful of soil over the ashes. I was last in line, ending the ceremony as I threw dirt directly on top of my father. Immediately, the burden of his chest disappeared. The only thing constraining my torso was an expensive, black brassiere.

My cousin approached me, clutching my arm to offer support. “Are you okay?”


Sigrid Erro was raised on a ranch where her family has lived for over 150 years. Her essays have been published in Blue Lyra Review, Phren-Z, and The Notebook: a progressive journal about women and girls with rural and small town roots. She is currently working on a novel about a psychiatric hospital. She lives in a cohousing community with her two cats, Molly and Sage, and enjoys having many friendly neighbors. 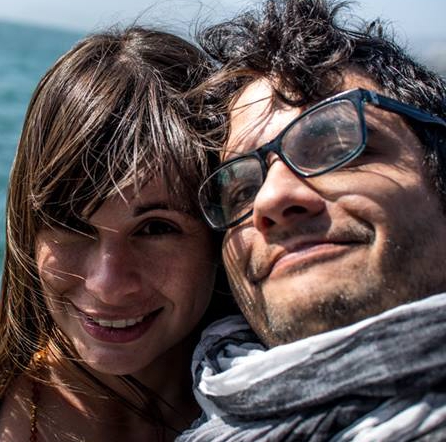 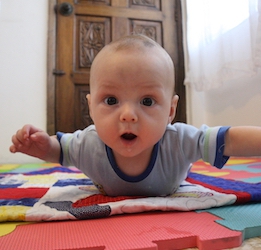 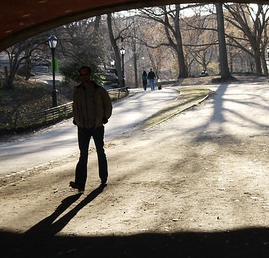 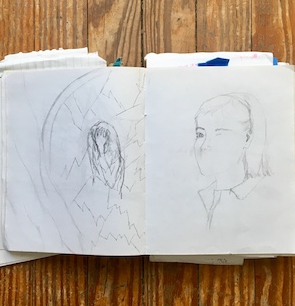 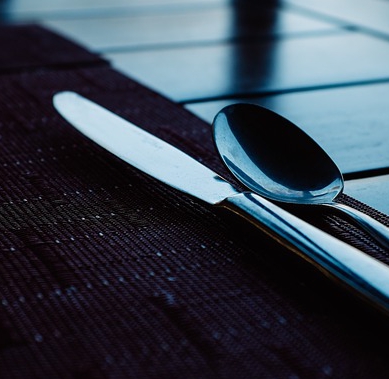