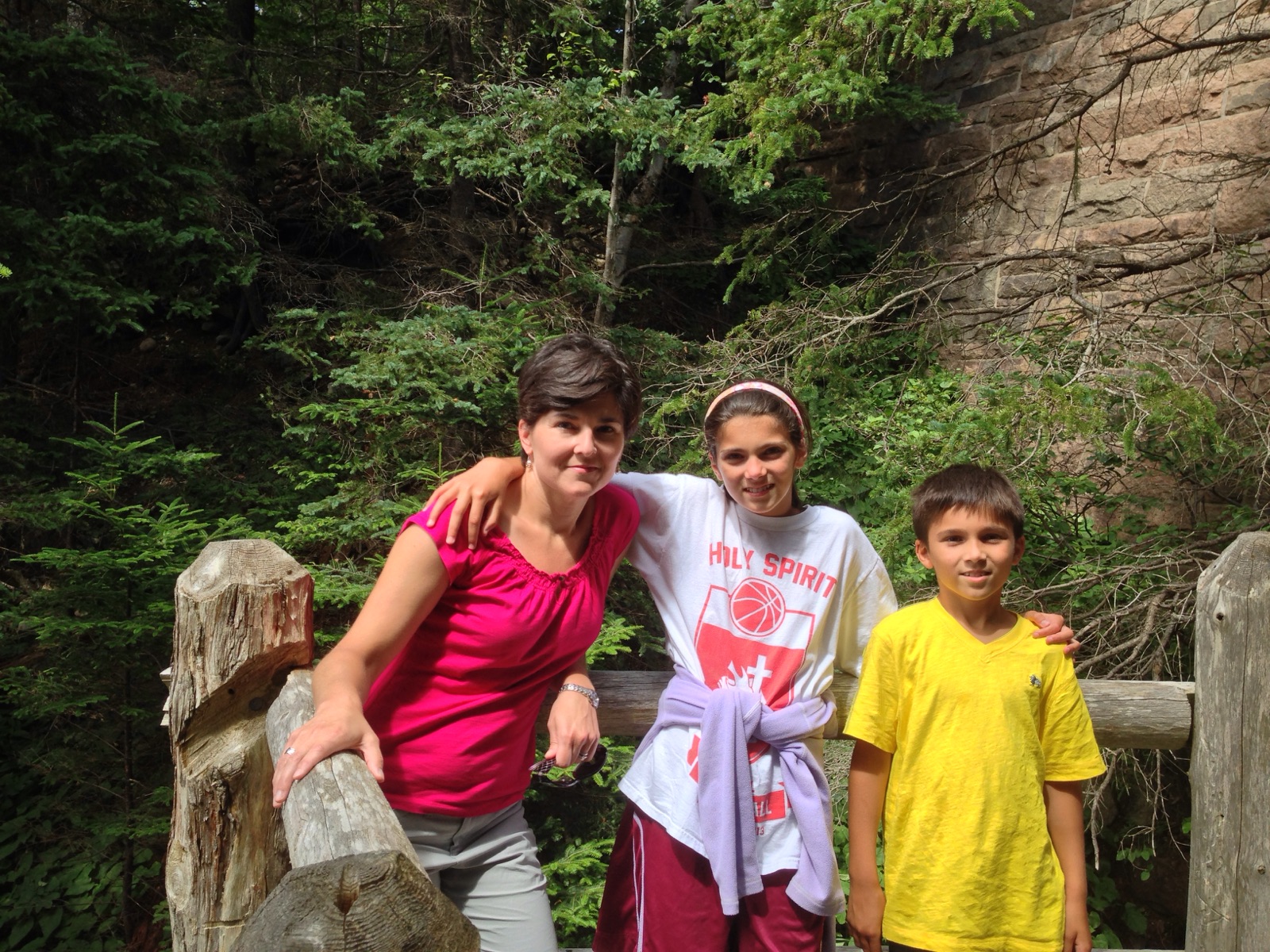 It would not be true to say that when my husband shot the bobcat it ended our marriage. It was, at the time, something noted and filed to be adjudicated at a later date. To have addressed it then would have required starting back at the beginning of all the things noted and not addressed, unearthing a sad and disquieting list. It would have involved an accounting of all of the missed signals, the voices made hoarse by disuse, the whole long history of messages written and sent but crossed or lost in the mail. No one had the time or energy for that, especially not on a Sunday evening with dinner coming to the table and school looming heavily over us all the next day.

It had not always been that he was at one desolate outpost and I at another, with the wires down. We had started out, I thought, a well-matched pair of opposites. I had not really grown beyond the quiet and shy reserve I had cultivated in college. He was someone who lived and reacted in the moment, who courted attention and knew what to do with it once he had it. For me, just being in his periphery was nearer to the center of attention than I had ever been. His enthusiasm was infectious, making him fun to be around. The idea that our differences were somehow good for me was an idea that I let go unchallenged.

As our relationship became more serious, I saw that I could be of use to mend his recent trauma of divorce and to help him raise a daughter. For a while it worked: where I had a purpose, he had a need; where I had a need, he had a gift. We added two children of our own and spent nearly two decades as a mostly blithesome blended family. We took our kids to the mountains and to the rocky coastline of Maine. We camped among stately pines, and once in misery on a hot, shadeless beach in Maryland. I grounded our family in traditions. He took them skiing and coached their soccer teams. For a while it worked. Until it didn’t.

It was a sunny late afternoon years before when the bobcat had careened across the road in front of my car and gamboled into the brush in a flash. In that instant, I had the paradoxical sensation of recognizing that I was looking at something I’d never before seen. The ears, pointed and cat-like, stuck up off its head; the blunt tail ended in what looked to be an odd sort of pom-pom, the coat so boldly striped that there was no chance of mistaking it for the more common animal life we were accustomed to seeing in the landscape.

It was gone before I could even get a word out, but perhaps most remarkable of all was that both of my children, buckled into their car seats, had seen it as well. I felt goose-bumped and awed. We retold the event to each other to be sure it was real, and not a trick of the eye like heat rippling on hot asphalt. I explained what a rare sighting it was to my backseat traveling companions. We drove on temporarily silenced, tingly.

There are not a lot of chances to see wildlife when you’re bringing up children and find yourself mostly indoors, domesticated. The day I saw a bald eagle circling over the lake I burst through the front door with groceries in hand, breathless to share the news with my husband. He laughed when, after waking me from a deep sleep to hear the hooting of an owl outside our bedroom window, he watched me don a winter jacket over my nightgown and go stalking it by flashlight. The natural beauty I am granted from my pre-dawn commutes and ranging around town in the car sustains me. How many times, then, in the years since, when driving that same stretch of road, have I recalled the memory of that darting bobcat? Too many times to tell.

Looking back, I see just how much comfort I derived from a childhood attuned to nature – the way I have always loved the breeze in my hair, the crispness of chill air against my skin, the smell of a summer night as it blows in through my bedroom window. As responsibilities pile up, it’s these small moments that are so easy to forgo, until a fortuitous reminder such as the bobcat calls attention to parts of yourself you lost along the way.

He was on his sister’s property, ostensibly hunting deer. I hated the thought of his being a menace to any living thing in the woods.

“They eat the deer,” was his reply.

When I failed to respond to any of his further texts, he knew I was fuming. He had mentioned to me the week before that he had spotted a bobcat on her property, an instance evidently so rare that he knew I’d be keen to hear of it, just as he knew I always wanted to be kept abreast of the antics of a particular barred owl who made its home above the swamp where he positioned his tree stand. I’d be home folding laundry or similarly shut in and fielding phone calls about where it had flown, landed, and how or if it had called. In the case of the bobcat, I understood that it was his excitement in the deed and not any consideration of the reception it would garner that had prompted him to send the text in the first place. Not that I’m a bleeding heart – I grew up with a father who hunted; I remember walks in the woods that ended with me squeamishly dumping the flaccid bodies of dead rabbits into the quarry bag on the back of his hunting vest. I knew all of the valid reasons for hunting: the culling, the humane management of the herds, the purposing of the meat to feed a family. But this was none of that.

Later, when he returned home and told the story of the 26-pound bobcat that he had killed, I barely looked when he flashed the photo on his cell phone under my nose. But the glimmer I caught was enough to remind me of how elusive and magnificent a beast it was. The indignity of it being held up by the scruff struck me as a betrayal of the running, dynamic wild animal in my memory. I turned away, afraid I might unleash an irrational anger. I wondered how the closest person to me could be capable of such diametrically opposed thinking to my own.

The children responded as they typically did when confronted with Dad’s big personality. They chattered and exclaimed at the photo on the cell phone. I wondered if they had noticed my muted response. I wondered how long it would be before they would feel the reverberations of this moment.

My husband determined (after the fact, I might add) that the take was legal as it was bobcat season in upstate NY. It didn’t make me feel any better. There is an open season on bobcats, but it’s not because they are so plentiful or prolific that their numbers need to be controlled. Quite the opposite. There are a mere five bobcats for every hundred square miles in the Adirondacks and sixteen per square hundred miles in the Catskills. The Department of Environmental Conservation established a bobcat season solely to prevent people from opportunistically taking them all year round, decimating their numbers.

I couldn’t dwell on it without becoming really angry, so I pushed it out of my mind. The topic weighed on us silently, but by this time, decisions were being made without talking. I sensed he wanted his prize. I didn’t want it as a rug, a mount or a pelt. I wanted it as a bobcat. “I don’t want to see it,” I told him while the carcass languished in the taxidermist’s freezer, “So I don’t know what to tell you.” Meanwhile, he forwarded the photo by email to a local sportsman who had a column in the paper. He related to me how the news of his take had gotten around town. People were coming up to him to congratulate him on his kill. Clearly the attention he was drawing from the community at large more than made up for the indifferent detachment with which the news was greeted at home. It was that sort of approval that always mattered most to him anyway.

That fall we stepped gingerly around each other. Like moving boxes cluttering the rooms, there seemed to be more and more objects to step around. I sought the corners of the house and time to think. We had been in this place before and fought our way back to happiness. He knew I was unhappy about the bobcat; he knew I was unhappy about a good number of other things, too. I waited for him to employ some strategy, to take aim at any one of the large objects obscuring the path forward. He had seen me do it for all of the previous sixteen years of our relationship. Instead, he adopted a sickeningly false affability and began staggering around the house in an obtuse oblivion. I waited, incredulous, for this fever to break, for him to wake up and pull us back from the brink. In December, I told him how dangerously close we were to disaster. Something had fractured, and we were either going to be able to mend it or not. But the lines were down, and the message went unanswered.


Laura DiGrigoli is a High School English teacher and a lifelong resident of upstate New York. She is a former columnist for a local newspaper and an outdoor enthusiast who aspires to write fiction.

Sneakers squeaking on polished hardwood mixed with animated announcers’ voices nearly 2,500 miles east were barely audible from my TV speakers over the exuberance of the eight boys in my living room. The Warriors were less than a minute from sweeping the Cavaliers in the 2018 NBA Finals. I increased the volume on the remote, snapped a picture of the young spectators, then sent the image to their parents via a group text with the words, “The picture doesn’t really do the volume in my house justice.”

Dollops of salsa and dip dotted the coffee table. The cutting board had been cleared of its third pizza, but the air... 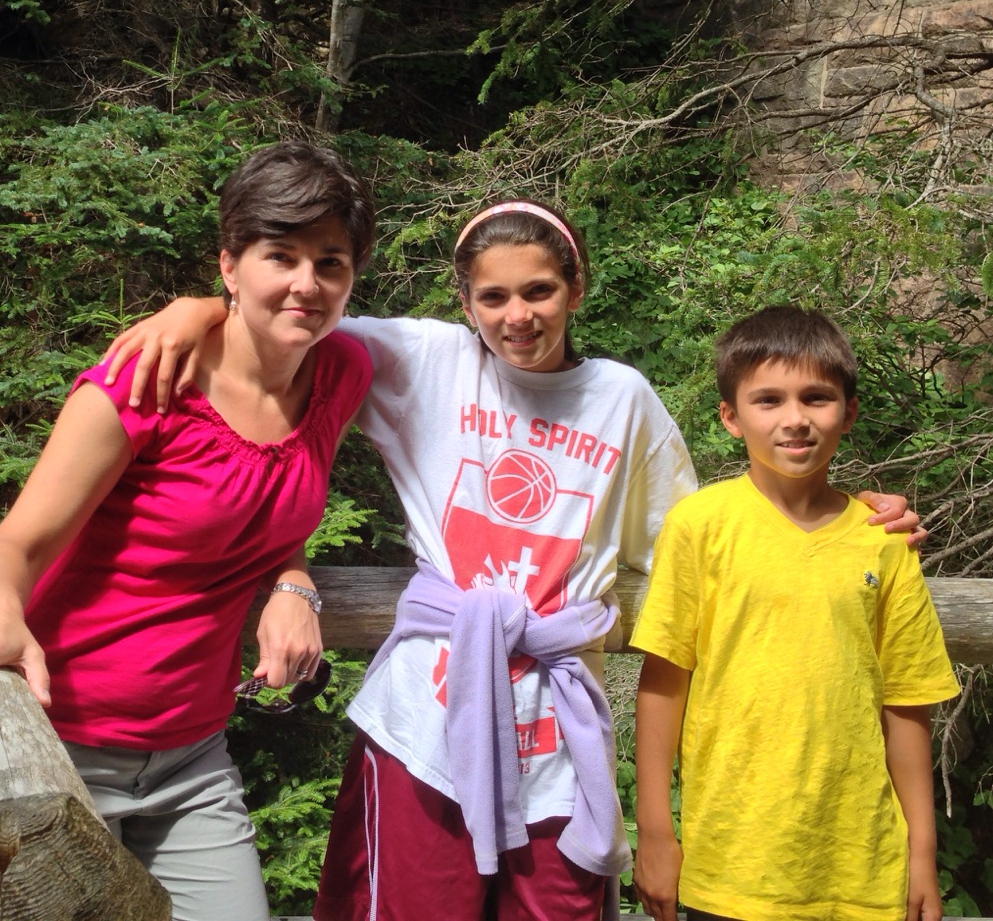 It would not be true to say that when my husband shot the bobcat it ended our marriage. It was, at the time, something...

For weeks my mother was perched on her wooden chair, chain smoking. Even when tempted by a movie, museum or trip to... 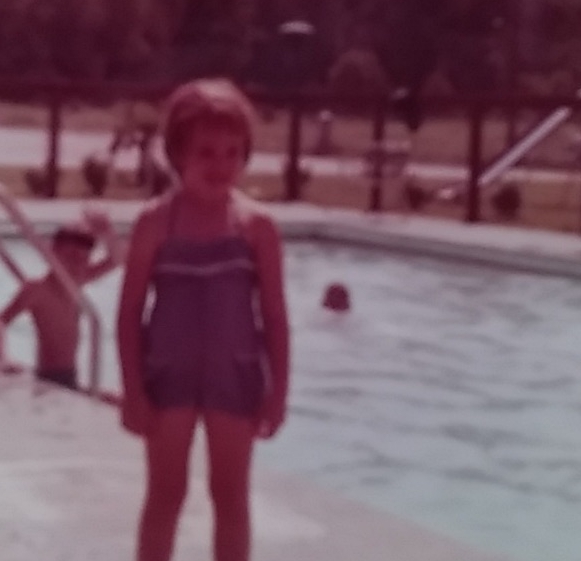 It shouldn’t have surprised me in the end, what happened with Catherine. I could tell from the day I met her there was something... 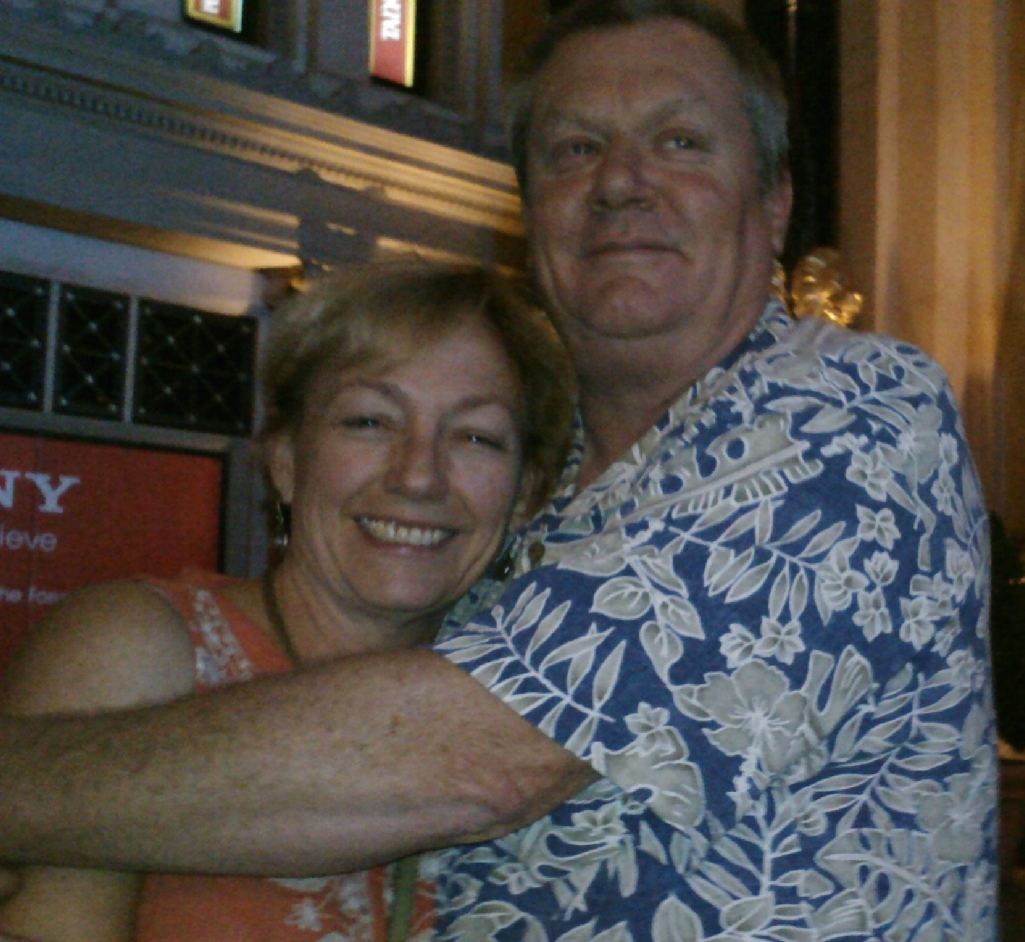 I sat in a low-lying lawn chair, my feet resting on the bottom rail of an iron fence that guarded the hotel’s swimming pool from the... 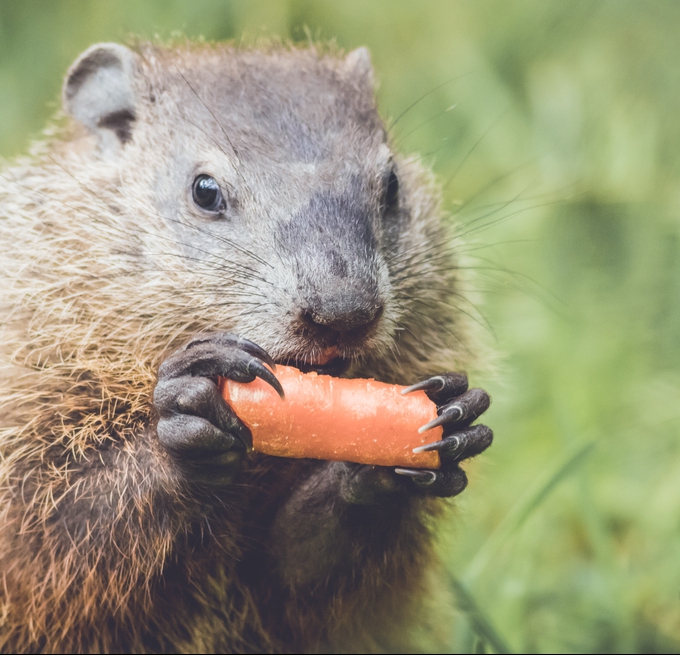 As I enter the garden through the gate in the white picket fence, I anticipate the beans hanging heavy with promise. This year... 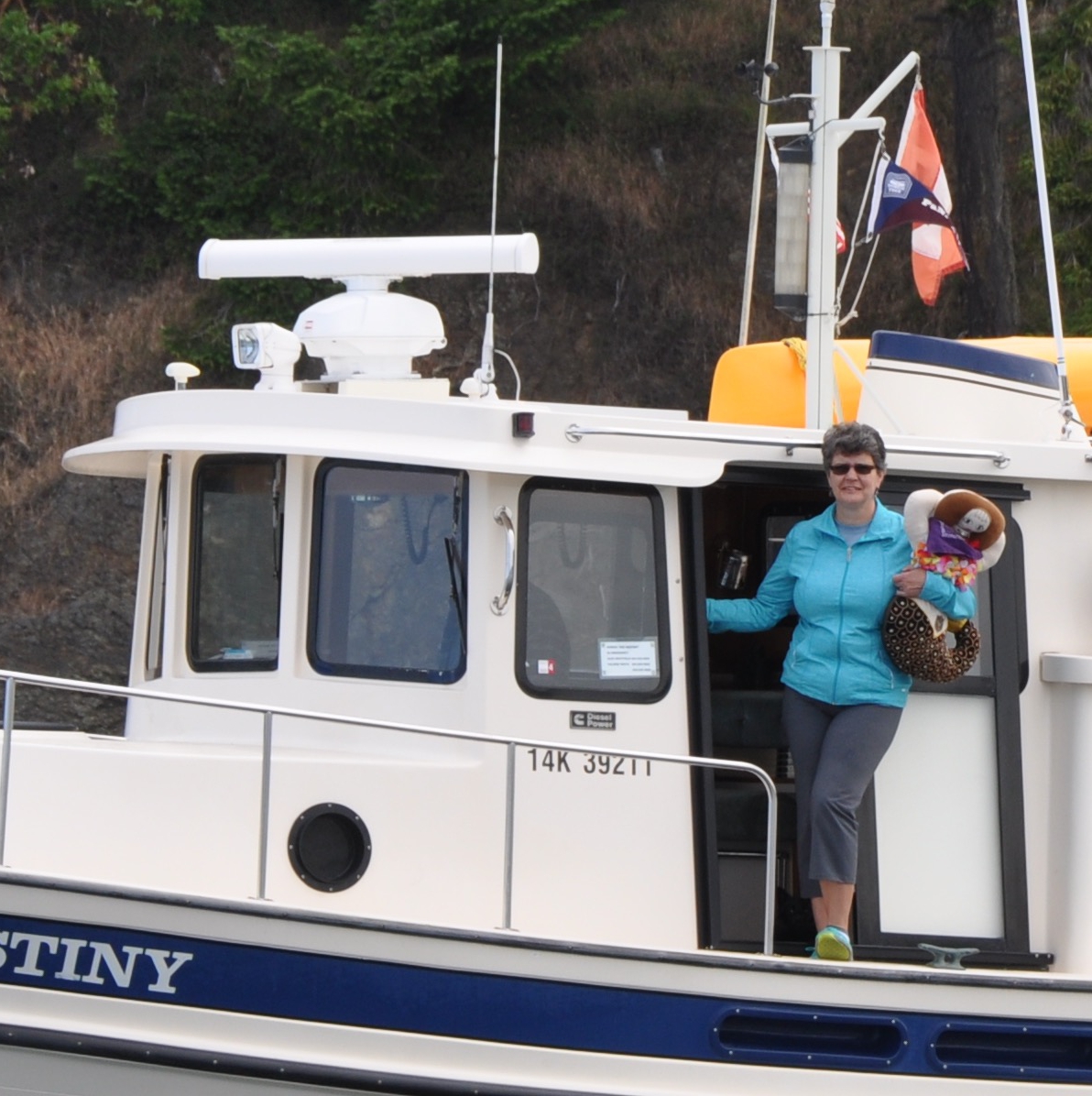 “You’ll have to go inside for inspection,” he said, handing me the dreaded scrap of orange paper. One of the friendlier border guards...