From the Editor A Leap of Faith 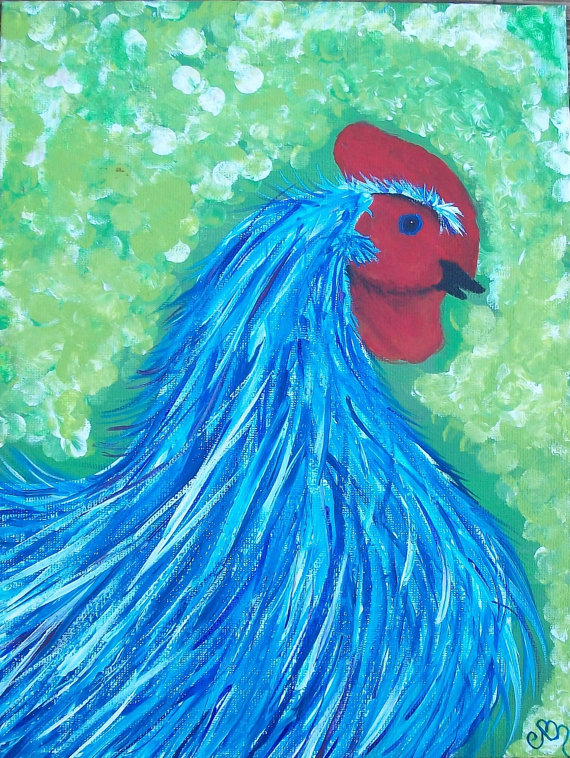 A nurse tapped on the door before turning the handle. “I thought you’d want these,” she said as she approached me. She offered two Polaroid pictures of my newborn. Curiosity or instinct elevated my hand to receive them. “He’s beautiful. Do you have a name?” I shook my head then parted my lips to thank her. My words were reflex rather than gratitude.

She switched to nurse mode, asking when I’d last urinated or if I’d passed any clots larger than my fist and whether I wanted to breastfeed. When I said yes to that last question, she said she’d arrange for a lactation nurse to explain the basics. I didn’t protest, although I couldn’t understand how I could learn to breastfeed without a baby. Then her cool fingertips pressed my doughy abdomen. After her exam, I felt her access me in a different way. “You need to name him,” she said softly but firmly. That wasn’t any of her business. It wasn’t part of her job. But she must have heard about his x-ray, the one that showed his heart on the opposite side of his chest. She must have seen paperwork declaring “probable heart defect.” She must have known it was serious. She must have known that naming a newborn—even one with scrambled up insides—was more important than the possibility of him dying nameless.

Chalky morning light muted pinks and blues on the walls of the small room in the recovery ward of that Northern California hospital. It was before rush hour on April 3, 2003. Blankets and pillows swallowed me, but I was cold for the first time in months. My eight-pound-two-ounce furnace was in the nursery somewhere else on the floor. My fingers gripped the edges of the Polaroid pictures, which were face down on my lap. I flipped them. They were almost identical, showing a round-headed baby, eyes closed, head turned left with a breathing tube disappearing into his mouth. One image showed his torso where the umbilical cord stump had been removed. His skin was orange-red from iodine, which could’ve been mistaken for blood. I had read that a newborn’s stump normally fell off several days after birth, revealing a bellybutton. Our son, who we had yet to name, needed his cut away to use as a place to insert an IV.

I thought back to the moments after he slipped from my warm body into the cool, room-temperature air. As a hushed urgency of doctors escalated to my right, I noticed the baby was silent. “Ken? Is he breathing?” I asked my husband. He was, Ken said with his arms crossed tightly over his chest, “but something is wrong.”

A few minutes later, a nurse asked if I wanted to hold him briefly before they took him to the nursery for more tests. “I don’t think so,” I said unconvinced. After twenty hours of labor, my body was relieved to be free of him.

“You have to hold him,” Ken said. I reluctantly agreed. With my baby wrapped like a burrito in a blue, green, and white hospital blanket, the nurse set him on my chest so that I could see the creature that had been rolling around in my tummy for months. He wasn’t the most beautiful thing I had ever seen. His skin looked ashen, his face was contorted, and he was stretching his neck; it looked liked he was in pain. It felt like everyone waited for me to ooh and aah over him. But I didn’t. I just looked at him, at his twisted expression. The nurse said they had to take him. I didn’t want him any longer anyway. I felt faulty because I was not instantly in love.

When my husband returned to the recovery room, he explained that a neonatal transport team was on their way to ferry our baby to UCSF more than fifty miles south. I gave him the pictures. “You can go see him,” Ken said as he studied the photos, “if you’re ready.” When I didn’t respond, he lowered himself into the plasticky armchair to my left and took my hand. He looked thin, and dark patches underlined his pale blue eyes. It had been nearly nine hours since an initial newborn assessment forked us into separateness; I refused to accept that things were going horribly wrong. Surely he was just exhausted from being born; I was exhausted from giving birth. A few minutes later the nurse returned and parked a wheelchair next to the bed. I hesitated. Did I want to see my baby? A good mother would want to. Surely I was a good mother. Like a sack of rice, I slouched as Ken rolled me along. In a hallway carved of fluorescent light, it felt like we moved forward and backward simultaneously.

When we arrived in the nursery, I don’t remember seeing any other babies or cribs. Instead, the small space was crowded by neonatal transport experts. They prepared a special plastic box—a high-tech mobile incubator that would be placed in their ambulance. Plexiglass and a wall of EMTs separated me from my son. Through uniformed bodies, I could see bits of baby. An hand here, a knee there; so tiny, barely human under the web of intervention. He was enclosed, packaged, foreign. I wish I’d kissed his moist skin, inhaled his mossy smell when I had had the chance. The team assured us that he was stable and would be in the best of hands on his fifty-six-mile ride to UCSF, one of the top pediatric cardiac centers in the country. And then they were gone.

Kneeling in front of me as if he were about to propose, Ken’s warm hands reached for mine and pulled them to his damp face. Holding my gaze for a moment before putting his head in my lap, there was nothing to say. My fingers pushed through his trim brown hair and convulsions began. Unfamiliar sounds built in my diaphragm and erupted from my mouth, penetrating an otherwise quiet corridor. Nurses walked around us. No one asked us to move. We were left to mourn that moment. His birth. The unknown.

Eventually Ken pushed himself from the speckled linoleum and assessed my droopy posture. He brushed matted hair from my eyes. In whispers, we decided he should drive to UCSF, the hospital on a hill in our old neighborhood near Golden Gate Park, instead of waiting three more hours until I was allowed to be discharged. With that, he wheeled me back to our tiny room and helped me into bed.

“We have to name him before I leave,” he said with arms folded. I looked at his body, his denim pants and T-shirt, his waning hairline. Only in a twisted world would I debate pros and cons of naming my baby.

I hugged myself, squeezing my arms, rubbing open palms along my sides and over my vacant, shrunken stomach. “Okay,” I said after a long silence, still unsure. “Where’s the paperwork?”

He grabbed the form from the end table and clicked the end of a pen. The lines were long and blank. Without knowing his diagnosis or prognosis, I thought of the nurse, her prodding, and assumed a named child would be harder to forget than an unnamed child. He picked up the Polaroid photos and put them next to me. I studied the baby’s face and hoped it would tell me what it should be called. The blankets vibrated as my muscles shook. The stack of thin layers over my limbs didn’t seem to make a difference. After sinking down further, my eyes closed.

“We both like Riley,” he said, doing his best to keep me engaged.

My eyelids rose and focused on him. He nibbled at his cuticles as he waited for my response.

“I still like Mackenzie for a middle name,” I whispered eventually. “It means son of Ken. Then everyone knows you’re his dad. No one ever wonders who the mom is.” With that, he pushed pen to paper and our son’s name appeared. I sunk lower, clutching a pillow. He kissed my forehead, gathered his things and left.

It was incomprehensible. Riley was gone. I imagined miles of highway separating us, when nine hours earlier we had been connected. His flesh inside mine, held safe with breath and heartbeat. Nothing felt safe anymore. Ken drove home for a shower and fresh clothing before braving that unfamiliar San Francisco hospital, where he would start learning about our imperfect son, a baby I grew so horribly wrong.

It was just me in that little room. I had labored. I had delivered. But I was alone.

I didn’t know it at the time, but naming Riley despite terrifying uncertainty was a leap of faith. It was me desperately wanting him to be okay, hoping it was all a misunderstanding, a mix-up. It was also the first of many moments that define this mother’s love during my son’s truncated, eleven-year lifetime. He would have turned twelve on April 2.

Welcome to the third issue of Six Hens.

A Leap of Faith

A nurse tapped on the door before turning the handle. “I thought you’d want these,” she said as she approached me. She offered two Polaroid pictures of my newborn. Curiosity or instinct elevated my hand to receive them. “He’s beautiful. Do you have a name?” I shook my head then parted my lips to thank her. My words were reflex rather than gratitude.

She switched to nurse mode, asking when I’d last urinated or if I’d passed any clots larger than my fist and whether I wanted to breastfeed. When I said yes to that last question, she said she’d arrange for a lactation nurse to explain the basics. I didn’t protest, although I couldn’t understand how I could learn to breastfeed without a baby... 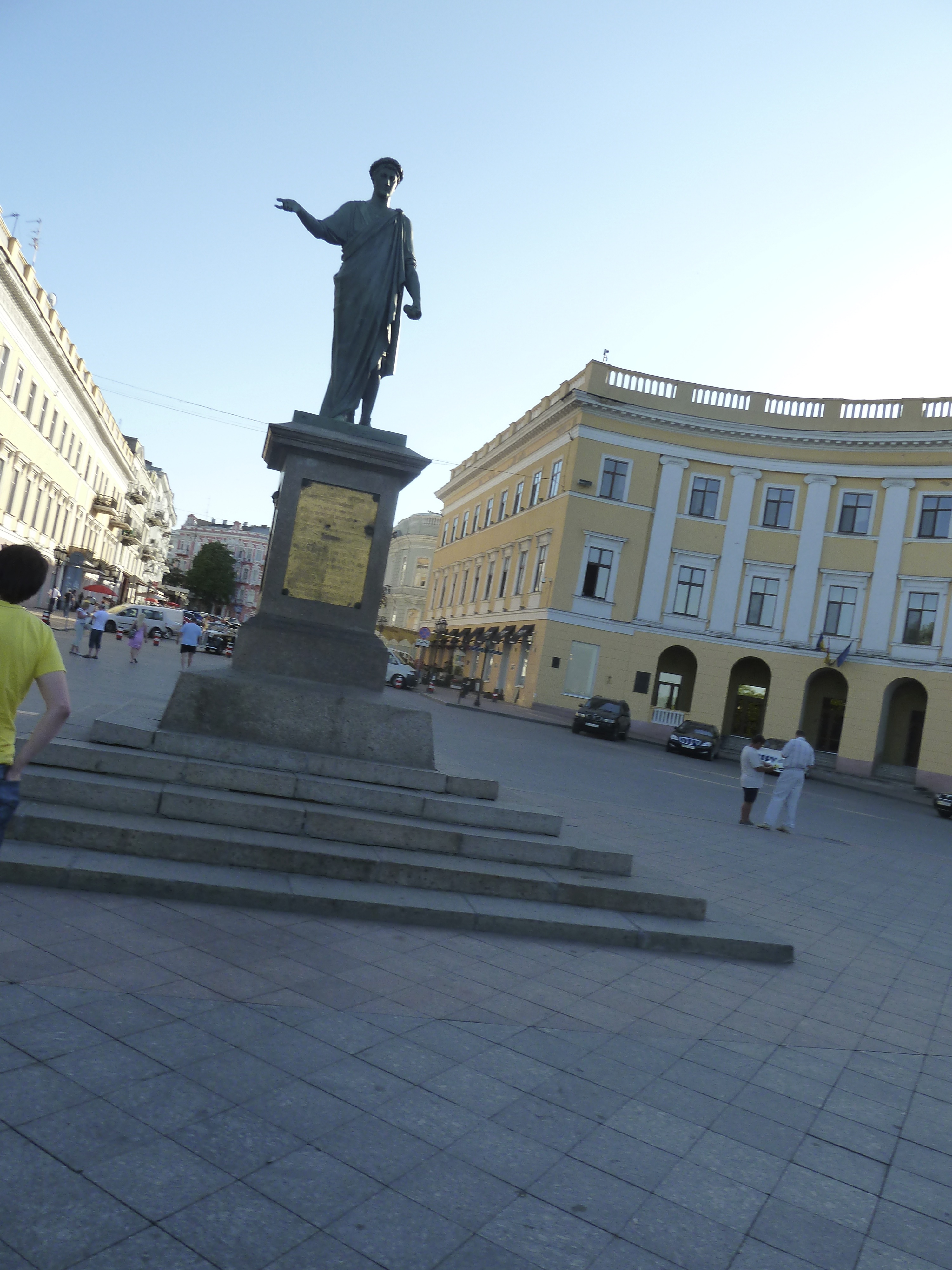 It’s 1976. I am thirteen, a Jew, and by that I mean a traitor of the Motherland. We are ejected from our home; the Iron Curtain... 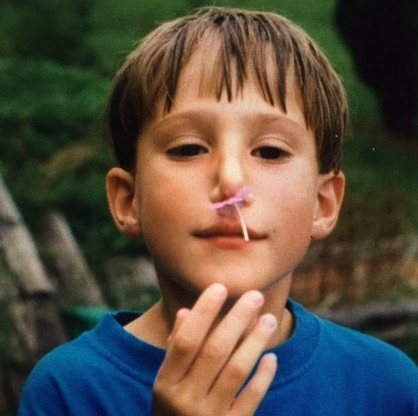 It is a pretty summer night. My six-year-old son Christian and I are on our way home from his swimming lesson, and the sun is setting... 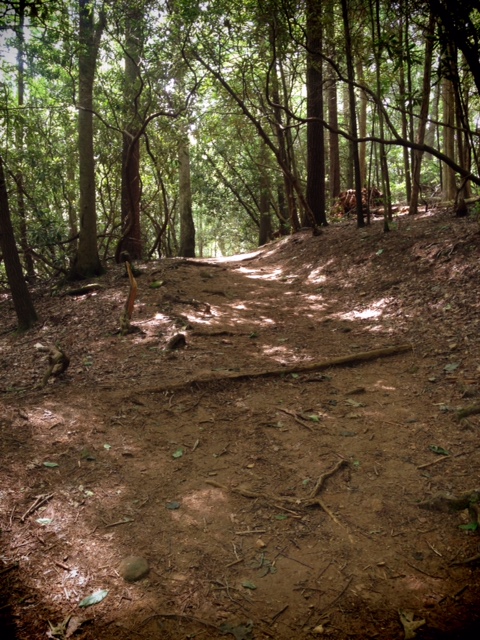 I remember the way the flame of the candle on the bedside table flickered against the air. It beat against it, and then it stilled and rose... 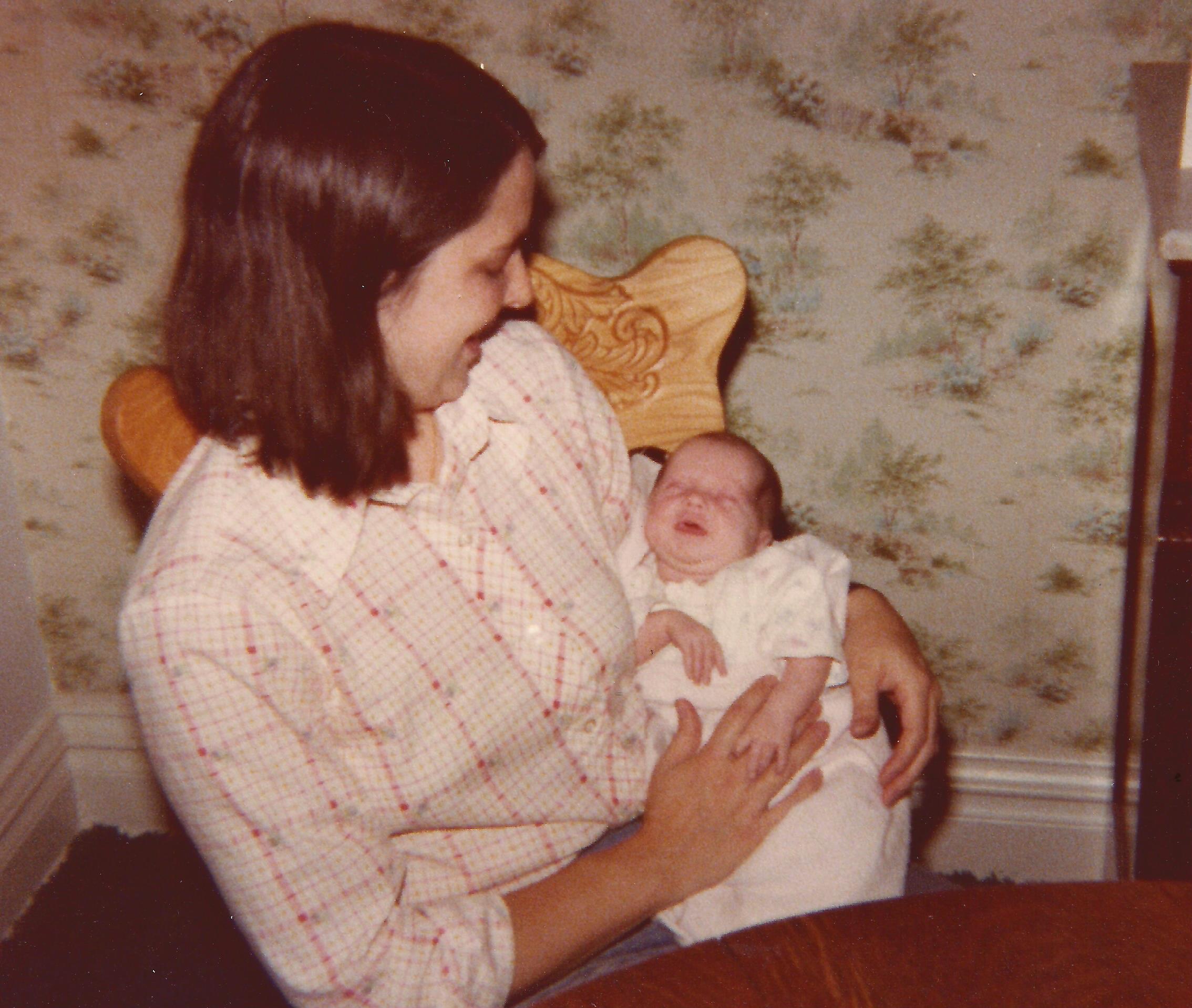 Our second child, Loretta, came into this world on a dry August day in 1978, about three months after my husband and I arrived in... 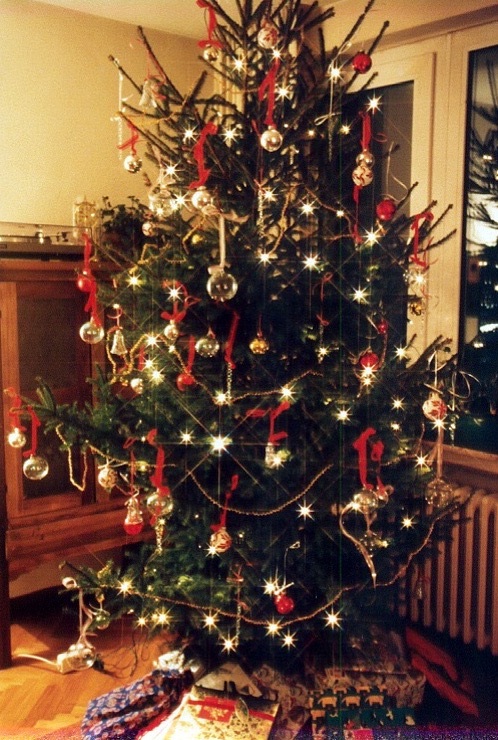 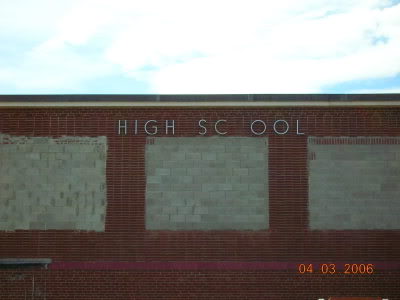 The beginning of the alphabet brought us together. It was the first day of first grade. Smiling, curly-haired Mrs. B assigns seats by...